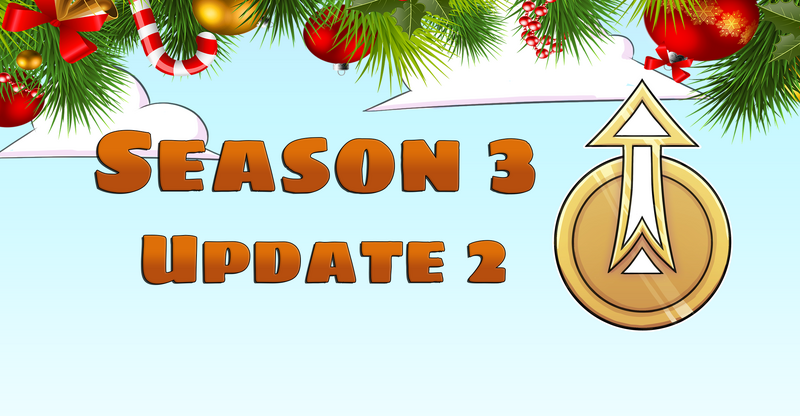 Island Clash has not been abandoned. Season 3 is going to launch.

That being said, I don't know when I will be able to launch Season 3. I said that we would launch it at the beginning of summer, when that didn't happen, I said before the end of the year. It's now nearing the end of the year and unfortunately, we aren't ready. There have been a lot of struggles with development. Some developers don't have enough time, some have other priorities. Since these devs are doing tasks for IC in their free time, that is completely understandable and that's fine. However, when it comes to developing the server, that doesn't make progress.

What is the plan for the new year?

I've had a lot of time to think about what to do while watching our funds dwindle away. I'm fully committed to launching Season 3. In the new year, I'm going to use what is left in our bank to get Season 3 out. We have 850$ left. I'm going to put that money into hiring devs to do specific tasks and getting advertising from content creators on launch. What is remaining is going to go to the developers who have been working on the server since the end of S2 and paying for server hardware.

I will be using all the revenue we receive to start developing S4, continue developing S4 and keep advertisement up. After we had launched Season 2 the whole team was burnt out, the only work that was being done was fixing major issues, no work was being done to start S3 development. So when it came to S3 release, we were not ready.

What is left to do?

It has been about a year and since the last update, nothing major has been completed, however, that is not to say we have not made progress. Like I said earlier, we have been struggling a lot. What has been developed is not a year's worth of work - if it was.. well, we'd already have completed all the content up to Season 7. Considering everything below, most of Season 3 is done.

I will go over each point and give some more detail.

One of the most important aspects to competitive players. I'm unsure how I am going to go about starting this. We started to test and experiment with different configurations early on in the year, however, we lost all the data on our Jira issue tracking system so we lost all the notes for those tests (Blame Logan)... It will be starting from scratch. I hope to be able to hire someone or drag a current dev into experimenting again.

This system has been designed to improve the experience when first joining Island Clash. Players will join a queue where it will pair with others in the queue according to the logic and filter people into islands or create new ones. We still need to finalise the logic of what we prioritise when creating and putting people into islands.

Conquest and Mob events
Both of these have already been tested heavily, conquest needs another full test with players and mob events just need to be checked over a few more times! This shouldn't take long to complete but will be done towards the end of everything else due to the impact of Custom items/drop tables on these events. Will be revealing more about Mob events in the new year.

Considering everything above, most of Season 3 is done.

I am sorry for keeping you all in the dark for so long. I'm doing everything I can do on my end to progress S3 as best I can. Progress stops as soon as our volunteer devs become busy with other projects and life. I am not blaming the devs at all, they are doing so much great work for the server not knowing when and how much they are getting paid for it. I wish that I could hire a developer to work full time on the server, but we don't have the funds to do so. As such we get stuck in this state of limbo where front end work gets completed and back end work moves slowly. I hate seeing the server slip away as much as you, as I and countless others put so much time and effort into IC to try and make it thrive and be self-sufficient. I thank you all for bearing with us, and I will be doing my best to make sure that something like this does not happen again.

We've still been posting teaser updates over on our twitter!

Once again thank you all. If it were not for you, we would have no reason to be here and pour all this passion and effort into the server.

See you all soon and have a great winter break and Christmas!