On Saturday we announced the release date

Launch on Saturday the 31st of October.

We are all so excited to finally bring you Season 2 - if you haven't seen the release trailer check it out, it is pretty awesome if I do say so myself Season 2 Trailer.

On the Season 2 Trailer, comment your IGN and what feature you are most looking forward to! You have a chance of winning 200 gems.

We are holding a giveaway over on Gleam for a chance to win a Mythic Dragon pet and 600 gems.

If you retweet our pinned tweet on twitter, the season 2 announcement, you have a chance of winning the new rank we are adding to season 2. Exciting!

Applications to become a moderator are now open again! Please make sure to read this thread before applying, thank you!

The network will be whitelisted for an entire week starting Saturday leading up till launch. We will be moving all of the new code over from our testing server to the live.

Day of launch we will slowly be opening up slots to the server, we want to keep an eye on everything to make sure we don't have a repeat of season 1 launch... This might mean that you won't be able to get your last person for your 6 man party straight away. We apologise for any inconvenience this may cause, however keeping the server up and stable is most important. There will not be a priority queue for players with ranks.

Now this is not to say there won't be any issues. There will be issues and bugs when we launch, that is just how launches go and for a fully custom server that definitely hits us hard as you have seen already.

Will talk about this more when we get closer to the day!!

Last update we didn't release information about the perks from the Wonder, they've now been revealed in the trailer so we can talk about them now!

I've included below details about each perk and what they mean/do.

Tier 1:
Party modifier - Having multiple active members on your island at once rewards you with a 'party' bonus. This increases the amount of gold that you gain from depositing resources, having this modifier increases that bonus.
Repair prices halved - When a building gets damaged you need to spend resources in order to repair it to make sure it does not get destroyed (full information about degradation later in the post) this perk reduces the cost of the resources required.

Tier 2:
Double warfare match bonus - at the end of the war there is a match bonus given out to both teams. This perk doubles the match bonus for both teams, so if you and the other island have this perk.. that's even more gold
+20% extra shield timers - This perk adds 20% extra to any shield that you have on your island. If you use a 30 minute shield scroll with this perk, your shield will now be 36 minutes.

Tier 3:
Instant resource respawn - This is nice and simple, any resource you mine has a 10% chance to respawn instantly.
Permanent haste - This gives your tools haste when mining resources

Tier 4:
Buried treasure - You saw a preview of this in the trailer, upon gathering resources you have a chance of a treasure map dropping, digging where the 'X' is digs up a casket, this contains tier 4 gear and will drop one per casket.
Increased cargo keys - When gathering resources you have a chance of collecting a cargo key fragment, this perk increases the chance of this occurring. 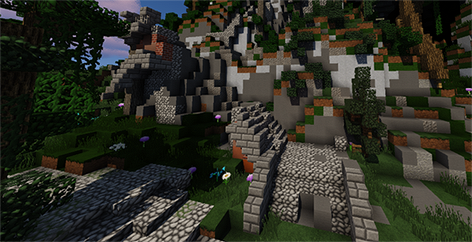 I realised that no where has full detail about this feature, so I will go over it here.

If a damaged building is randomly picked when you lose a war, it will become destroyed. Destroyed buildings cannot be used again until they are rebuilt, this includes NPC shops, resources and warehouse deposit. Destroyed buildings are rebuilt with no resource cost, however it will take a full build time to rebuild and it will be degraded to the tier below it. Have a tier 3 armoury destroyed? It will rebuild to tier 2. Then of course it costs resources to upgrade it back to tier 3.

Degradation severity scales dependant on your standing in the league - this was mentioned in the last update but I will mention it again here.

Thank you for your support and we look forward to seeing you playing in Season 2!