Competition has always been at the forefront of Island Clash. Building up your island, recruiting great players, and competing in Warfare is what truly made this game one of a kind. With the relaunch of Island Clash, and the branding of Island Clash Classic, we want to introduce to you LEAGUES.

Leagues is a seasonal ranking system, drawing on some inspiration from MOBAs and Factions. Leagues will consist of ONE global ELO ladder, where players of all Townhalls and sizes will compete. As teams win Warfare, they will increase their ELO, rising in the rankings from Bronze to Silver and eventually up to Challenger. As islands rise in ELO, so will the difficulty of their opponents, and we expect after the first few days that islands will experience various levels of match quality.

How long is a League?

With these in mind, the difference in time between SOTS and EOTS will be 10 weeks. After the EOTS, there will be pre-season balance changes, island specific resets, elo resets and meta changes for a period of 3 weeks. Through the year it will be “10 weeks on”, “3 weeks off”, “10 weeks”, “3 weeks off”, etc.

Observe the calendar below:

Players will be able to war against each other for Victory Points. Losers will be punished slightly and must repair their island to keep up.

Players will no longer be able to gain Victory Points and island rankings will be set official set in stone. League rewards for Season 1 will be given out at the start of Season 2. From this time until the SOTS, there will be meta changes, balance changes, new “gameplay” features added.

Season 1 rewards will be given out to the respective islands, and Victory Points/Degradation will be turned back on.

Everyone that participates in league will get a STAR emblem credited to their user account as long as they are placed in Bronze+. This credit will last 1 SEASON and be credited as soon as the next season begins.

These will be exclusive skins only earned as rewards from Leagues. Each Season will feature a new exclusive skin to be granted to the islands in Diamond+. 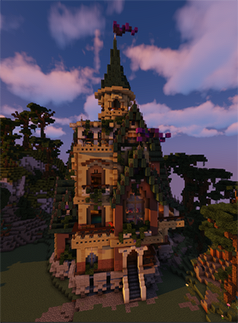 User accounts will be credited free gems. The above amount is likely to be changed based on player feedback.

This chest will be given to a user account to be redeemed on the island at the start of the next season. This chest will be scaled according to the placement the user received in the previous season. Can be opened at anytime.

The die hard Island Clash fans will need a reward for pushing past Platinum elo and challenging for the top spots. Victorious points will be bound to the user account and a specific shop will allow players to redeem their points there.

Why did you decide on this system?

A: Island Clash relaunching marks a new era for the server. The server has always been the home to all sorts of competition and a great way to introduce a structure to competitiveness was to add leagues into the game. We had 4 leagues, one for each civilisation that was on the server. Islands would compete with others who also had the same civilisation as them. This would mean that humans could have 10k vp at the end of the month and Elves could have 1k at the end of the month. This obviously had some flaws which is why we are changing it with the return of IC. There will no longer be multiple leagues. There will be ONE league. Everyone will compete in the same league no matter their choice of island style. Overall this makes leagues more exciting as you will be directly competing with more islands to get to the top!

How does Warfare change?

A: Warfare now has a queue system, where islands will queue willingly to go to war. Islands that are not in this queue can still be attacked. The Warfare Queue will attempt to make matches with islands that are close in ELO rating to make matches fair. Theoretically, yes that means a T4 island can war a T1 island, though we expect this to happen very infrequently.

Will islands be reset, and if so what is?

Anything relating to player progression will stay, except for the gold/items from your island.

Why is this a good thing?

Seasons grants us more ability to make the competitive scene and general IC experience more varied and themed across the year. We can do crazy stuff which will completely shake up your warfare experience but still keep the fundamentals the same. Invis potions too op? No problem lets remove them for the next season. This also allows us to schedule additions and changes to content. So for example adding conquest or skyfarers back at the start of the season.
As seasons are going to last longer the rewards will be better and more sought after. Everyone will receive something for participating in the season but the top islands within the higher brackets will receive the most exclusive rewards.

As much as Island clash is heavily about competition, this still allows us to cater to the casual players who don’t play for competition and/or those who don’t sweat/try hard at it. You will be able to explore all the content that we have to offer. You won’t have to fight super strong islands when you reach late game as your Victory points (elo) won’t match!